Should Have Been Goodbye

our joy trapped in the frame.
a last moment-
maybe our very best.
the final verse
in a love song
we should not have begun.
the dust floating down the shafts of light
and the hum of the coffee pot upstairs
should have been the only witnesses
in the morning after haze.
still tangled in sheets and sleep.
you never would have heard the third step's creak;
the only whisper
of my should have been goodbye.
No comments:

the phone clicks.
you flake,
i shake.
by omission you lie,
and secretly i cry.
we self medicate,
our friends commiserate.
where is the romance
in long distance?
No comments:

fingers woven to my white knuckles
in his multicolored mane,
carried only by what ties his bones together.
he leaps,
and for a moment my heart floats
until again his hooves press the ground
in a familar waltz.
to the powerful rhythm
years unwind slowly
from my tired body. 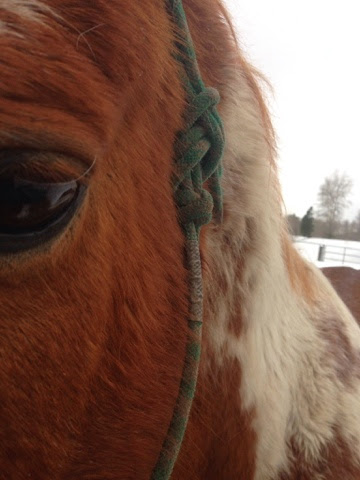 the words slip,
sink
into the hot air between us,
and draw me back
from the solitude of sleep.

The first time I turned Z out in the pasture, I made sure I was the only person at the barn.  I was predicting failure at being able to bring him back in so I did not want anyone around to say, 'I told you so'.  So, after our hack and a bath I turned him out in the front pasture and I retreated back to the barn to prepare for a week of camp.

A couple hours later, I called Z's name from the gate.  He lifted his head and started ambling toward me.  I am not sure I was breathing, but I started talking to him as I grabbed the halter and started walking to meet him.  I reached out to pat his neck and he did not flinch or tense. Instead, he lowered his head towards the halter.  (Now, I wished everyone in the world was there watching!)

So, for the rest of the week this was our routine.  I would take him out in the mornings and bring him back in in time for dinner.  He was still going out by himself, but at least he was going out!  He was eagerly greeting me in mornings, and again in the pasture.  In fact, he would hear me talking to people at the barn and he would start nickering.

All in all, this was much more progress then I was expecting, and in barely three weeks of days spent together spread over a summer.  I was exhilarated.  Z was connecting with me, and he had connected with the kiddos.  Our rides were going well, and he was getting to go in and out of the pasture.  I guess, in a lot of ways his life had transformed back to the better days, but I had not expected him to transition to quickly or easily.

My second to last day in town, I came to the barn early and turned Z out with the herd of school horses for the day.  After a week of coming in and out, I was hoping he had settled into a routine and would be willing to come back in with the herd when I came back to ride in the evening.

Z was not in the pasture when I drove up.  But before I could ask anyone, I was greeted by an excited employee telling me that Z had let her bring him in from the pasture.  I was shocked.  (This same employee had tried for months to bring him in not too long ago...)  A kiddo hanging around asked if I was upset that someone other then me could catch Z.  I told them honestly, 'Absolutely not.  I am thrilled.'  And I was.  In order for Z to move forward in his life he needs to be able to connect with all sorts of people and be willing to form new relationships.  Not only would this be healthier for him, it would ensure a safer future for him living in human world.

The other employee, not to be outdone, turned Z out the next morning and brought him in for dinner.  The days of Z being 'uncatchable' and difficult' appear to be slipping into history.  And I am even more thrilled to report that in the two weeks I have been back at home waiting for Z to move, he was been going out with the school horses every day.
No comments:

I bounced back and forth this summer between my home and where Z lives.  We both waited for the offer, and then the acceptance, and then the paperwork and then the logistics.  But I did know that I was not in a rush to uproot him to my home.  He has lived most of his life at one barn with the same people, I know in his mental state any sudden changes could spell disaster for our trust.
So, every time I was in town I made a point to spend time with Z.  The first day I went out to catch him I was unsure of what to expect-I had heard so many stories.  He ignored me when I approached and entered his stall.  I waited and reached out to touch his shoulder.  HIs whole body went rigid and he leapt from beneath my hand.  His reaction was violent. He watched me as I gently explained my intentions and tried again.  Within moments he lowered his muzzle into the halter.  I have to admit I enjoyed the collective gasp when we walked back into the barn together!
I started riding him too.  Lightly, softly, and slowly.  He goes in a bitless bridle and I worked to break his habit of tensing, curling, and running while remembering that he had barely been ridden in years.  He seemed to settle and stayed calm for our entire rides.
When I returned after an absence to teach a camp, I was greeted eagerly by Z with a wicker.  That was a special moment.  I decided maybe he was ready to join the world again.  So, I asked him to come be our model for pony parts (this involves a herd of children and stickers).  He was happy to come in the barn and stood waiting in the cross ties.
When the herd of TWELVE (a lot of noise, energy, and motion) children came around the corner of the aisle I watched him light up.  His posture changed and he seemed to grow an inch or two.  His ears came up and his eyes became soft and alert and he lowered his head to greet the approaching stampede.  I was speechless and excited as he stood patiently while the stickers and children went everywhere.  But the best part was he was engaged!  He had again lost that sour look and was curious and attentive with the kiddos.
People ask me why I continue to teach and train.  It's not actually for me, or the kids, or the money.  It's for the horses.  If I can make one horse's journey on earth a little easier, then I have done my job.  And that day the horse was Z. 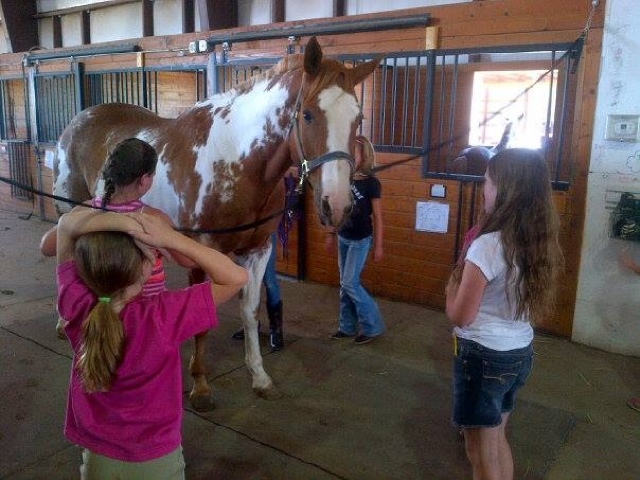 i could feel the center of her crumbling;
that place that held warmth
and her laughter.
she no longer moved with a girlish and carefree spirit,
she clenched her teeth against the tears
and she began slipping away from me.
i could not find my girl
in the angst enveloping us now.

i have carried her so far.
through seasons,
over so much ground,
i knew how to follow where she leads
but i did not know how to carry her back to before.
so i did my best to follow.
maybe if i could hold some of the new pain,
she would stay close to me.

now the blood in me moves too quickly
and pounds in my ears.
i can hardly stand the wait for her,
but the in-between is stretching longer.
there are so many days she never comes at all
and the center of me is crumbling.
so i clench my jaw against the emptiness
and i slip away too.

A little context for this poem: it's about a horse.  A very special horse.  A horse that is the newest addition to my little family.  I am not the girl he is referring to, but I'll start at the beginning of the story...

Z was 3 when he was brought home as the first horse for a girl named M.  They learned everything together and were inseperable.  Z was M's whole world and she was the center of his universe.  And together they grew up.

Then, M's parents went through a horrible, public, humiliating, and vicious divorce.  As M's world began to crumble, she changed.  Suddenly she was angsty and angry and Z took the brunt of the change-he had lost his girl.  So Z began to change too.  He became difficult to be around and ride, and he spent his spare time cribbing.

But things were going to get worse.  Z could not take any of the pain or hurt away for M and so she fell into other things.  She stopped coming to the barn.  Z spent his days being sullen, detached and focused on the rush of oxygen that made him feel 'high'.  He sat alone in the pasture because no one but M could catch him.

I fell in love with him the moment I saw him.  He's distinct, beautiful, and athletic. And M refused to let me near him.  In her still out of control world-he was still under her control and while she did not want him she would not give it up the little bit of power she still had.  But eventually, a transition to college led to a 'For Sale' sign over Z's head.

What options did Z have? Untouched and difficult he would not find a good buyer easily.  Most likely an auction to pay the debt and then a rough cowboy who liked his paint color and would fight him until he gave in.

I could not bear the thought, so I stepped up. I payed far too much money to buy a horse who may or may not be catchable or ridable they said.  'He's a jerk, he'll never change'.  But now Z has me and I refuse to believe a word they say. 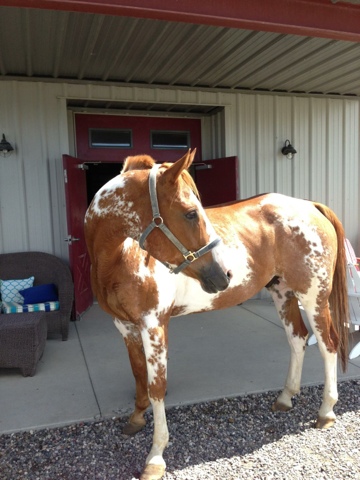